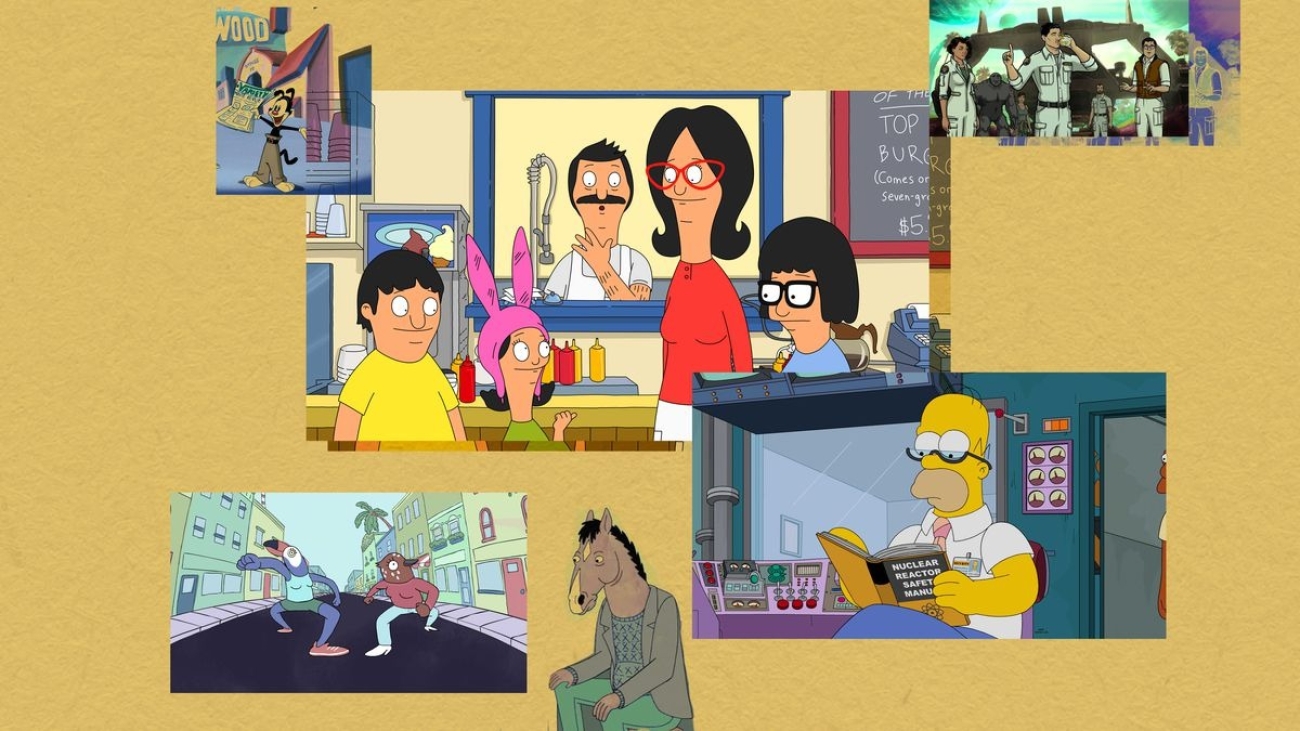 “Rick and Morty” – This adult animated science fiction sitcom is available on Hulu, Netflix, and Adult Swim’s official website. Created by Justin Roiland and Dan Harmon, the show follows the adventures of an eccentric and alcoholic scientist, Rick Sanchez, and his good-hearted but easily influenced grandson, Morty Smith. “Rick and Morty” is known for its dark humor, satirical take on science fiction, and the complex relationship between Rick and Morty.

“BoJack Horseman” – This adult animated comedy-drama is available on Netflix. The show, created by Raphael Bob-Waksberg, takes place in a world where humans and anthropomorphic animals coexist and follows the life of a former sitcom star, BoJack Horseman, as he struggles with addiction, depression, and his search for meaning and redemption. “BoJack Horseman” is praised for its deep and nuanced exploration of serious themes and its ability to make audiences both laugh and cry.

“Avatar: The Last Airbender” – This animated fantasy series is available on Netflix and Nickelodeon. Created by Michael Dante DiMartino and Bryan Konietzko, the show is set in a world where certain people have the ability to manipulate the elements (water, earth, fire, and air) and follows the journey of a young boy named Aang, who is the Avatar and the only person who can bring balance to the world. “Avatar: The Last Airbender” is known for its well-crafted story, relatable characters, and its ability to blend different genres and elements from various cultures.

“Gravity Falls” – This animated mystery-comedy series is available on Disney+. Created by Alex Hirsch, the show follows twin siblings Dipper and Mabel Pines as they spend their summer vacation in the mysterious town of Gravity Falls, Oregon, where they uncover the town’s strange and supernatural secrets. “Gravity Falls” is loved for its imaginative storytelling, strong characters, and its ability to appeal to both children and adults.

“Bob’s Burgers” – This adult animated sitcom is available on Hulu and Fox. Created by Loren Bouchard, the show follows the Belcher family, who run a struggling burger restaurant, and the comedic situations that arise from their daily lives. “Bob’s Burgers” is known for its offbeat humor, relatable characters, and its catchy musical numbers.

“Steven Universe” – This animated science fiction fantasy series is available on Hulu, Cartoon Network and its official website. Created by Rebecca Sugar, the show follows the adventures of Steven Universe, a young boy who is half-human and half-alien and helps his alien family, the Crystal Gems, protect the Earth. “Steven Universe” is praised for its diverse and lovable characters, its representation of marginalized communities, and its emotional depth and maturity.

These are just some of the many great animated series available on streaming platforms. Each of the series listed above offers something unique and stands out in its own way, be it the clever writing, unique animation style or relatable characters. With the wide variety of series available, there’s sure to be something that appeals to everyone. From adult animation to fantasy, these shows prove that animation is not just for kids.